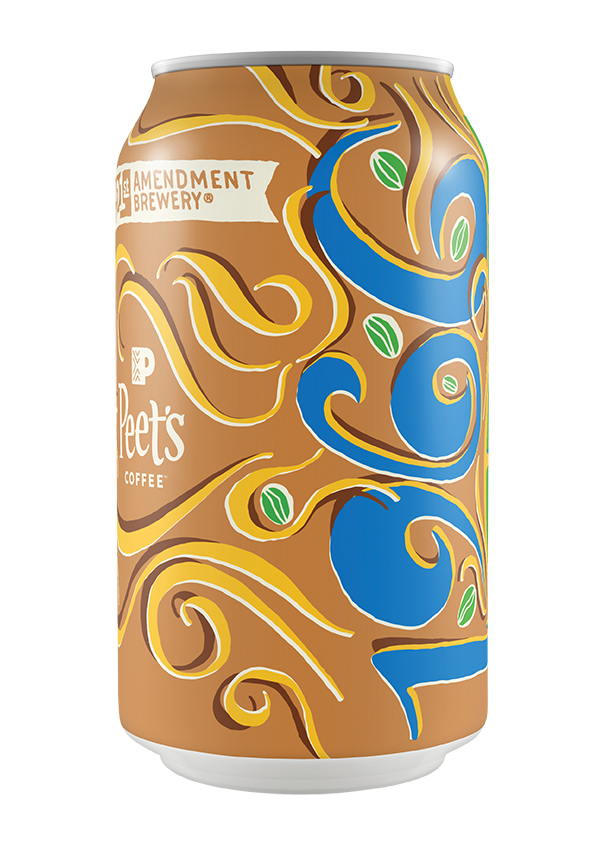 In 1966, the Bay Area was a hive of activity surrounding the experimental music scene with its swirly rock poster art, Vietnam War protests, and civil rights marches. In the midst of this, an unassuming immigrant named Alfred Peet opened his coffeebar at the corner of Walnut and Vine in Berkeley and changed the way Americans, and the world, thought about coffee.

Today, the 21st Amendment brewery in San Leandro, Calif. is a hop, sip, and why not some more hops, from the Peet’s Roastery in Alameda. It was only a matter of time before the two Bay Area pioneers came together to brew a classic Bay Area collaboration beer for the masses to enjoy.

“Rather than the traditional dark beer with coffee, we wanted to have fun with the melding of hops and coffee, paying attention to the coffee varietal and manipulating the roast level to nudge the subtle flavors from the bean for an incredibly unique IPA,” says Shaun O’Sullivan (Co-Founder and Brewmaster, 21st Amendment). “Working closely with Peet’s Roastmaster, Doug Welsh, we settled in on Peet’s Ethiopian Super Natural with its lemon, bergamot, and blueberry characteristics perfectly complementing the hop flavors.”

Peet’s Ethiopian Super Natural Coffee is incorporated several ways in the brew, including “dry-hopping” with whole beans, for an IPA that is truly groovy.