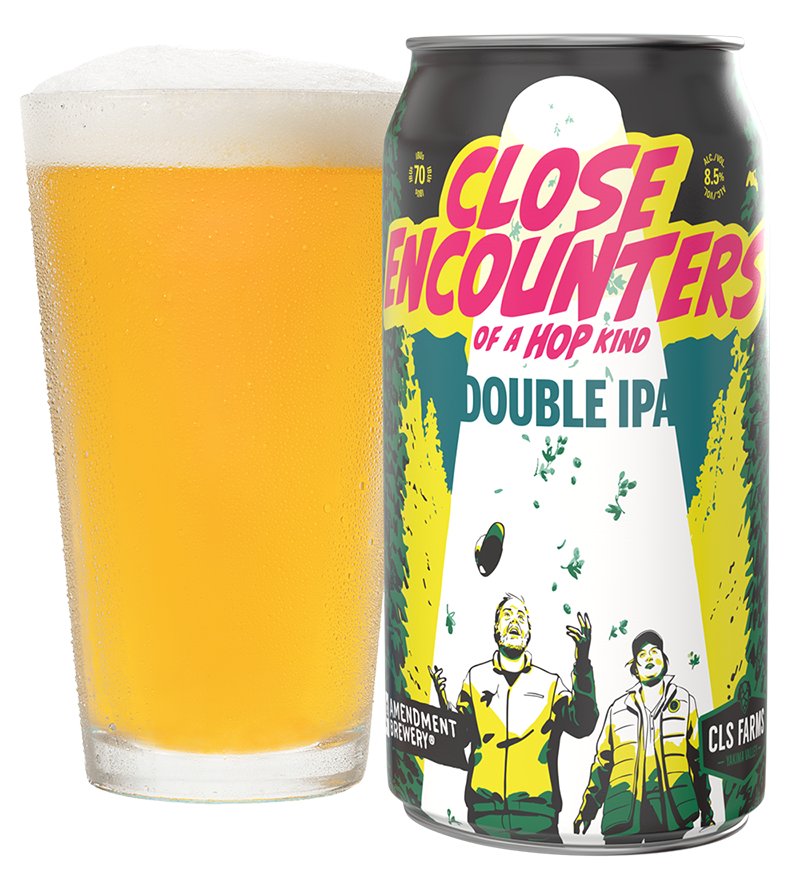 Close Encounters of a Hop Kind

The light kept flashing just out of Brewmaster Shaun’s reach, leading him deeper into the hop fields. He had made a visit to the CLS family hop farm in Yakima, WAshington to meet with farmer Shelly and her husband Eric and to see the latest harvest of El Dorado and Zappa hops. But something strange was going on. Eric had noticed a weird light deep in the hop fields. It was pitch black by the time Shaun bumped into farmer Shelly again. Just as the two crossed paths in row 14, a beam of light froze them in place and a showering of hops wafted down from the sky. Or wait, was there something else up there??  A hop gently landed on Shaun’s outstretched hand, and then the light was gone, for good this time. Back at the barn, they realized this was a hop unlike anyone had seen before. They called it CLS-x14. They had had a Close Encounter of the Hop Kind.

Close Encounters of a Hop Kind