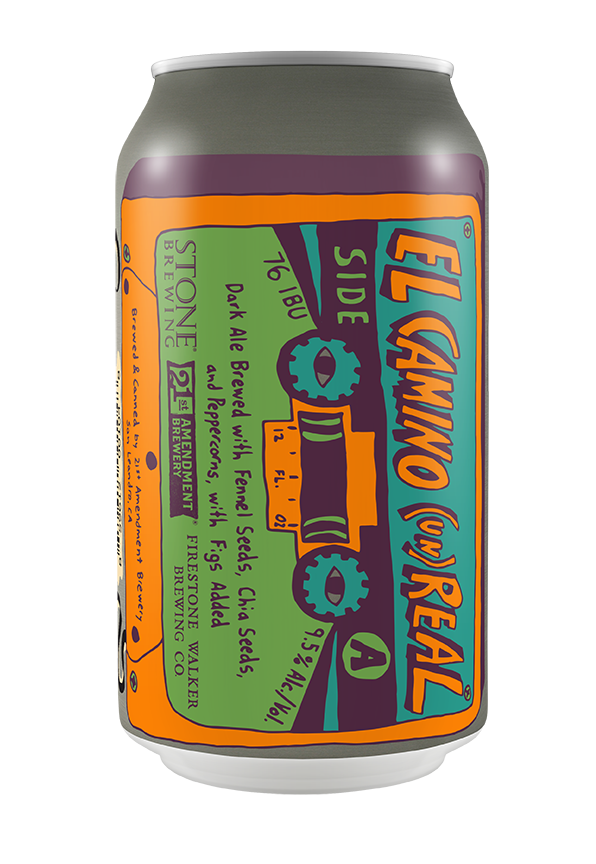 Our collaboration beer project between 21A Brewmaster Shaun O’Sullivan and our friends Mitch Steele of Stone Brewing Company and Matt Brynildson of Firestone Walker. This beer takes its name from the historical mission trail El Camino Real (the Royal Trail, now highway 101) that linked the 21 Spanish Missions throughout California and also links the three breweries together. A dark strong ale that floats between a stout and an IPA, it incorporates indigenous ingredients from along the Camino (un)Real. The addition of dried mission figs, pink peppercorns, fennel and chia seeds brings a slight herbal, fruit and spice note built to pair with the malt and hop complexity to this 9.5% ABV beer.

The Story
So Mitch said let’s get together and brew a beer, and Sully said first let’s road trip from Encinitas to San Leandro, and Mitch said yeah we’ll pick up Matt in Paso Robles, and Matt made Sully sit in the middle, and Mitch made them stop at midnight for Double-Doubles with Onion, and Sully made them take selfies at all 21 missions, and there was nothing on the radio but Jewish hip-hop and British punk-grass, and Matt started playing air banjo, and Mitch threatened to turn this car around, and then Sully found the old mixtape in the back of the glove box, and that’s when things got weird.