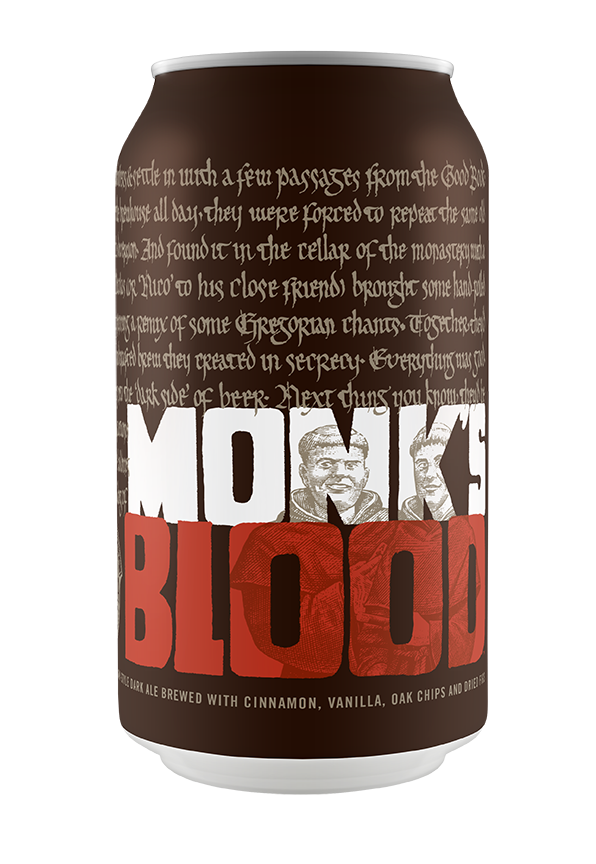 Monk’s Blood pays homage to the monks of Belgium’s monasteries who have been brewing some of the world’s great beer for centuries. During times of fasting, the monks subsist solely on beer, which they refer to as “liquid bread”. Beer, quite literally, is in their blood. The most sublime of the monk’s premium brews is dark like blood, rich and nourishing.

‍
21st Amendment founders Nico Freccia and Shaun O’Sullivan traveled to Belgium to develop the recipe for this special beer, visiting small, traditional breweries in the hop fields of west Flanders, not far from the famous Trappist abbey of Westvletren. Monk’s Blood is designed to pair beautifully with rich stews, creamy cheeses, delicious desserts or just by itself, in a Belgian tulip glass, with a good book by the fire.

We currently distribute in 28 States plus Washington D.C. To find your nearest retailer, click on the button below. We suggest you only use this tool as a guide and recommend calling the specific account to confirm availability.