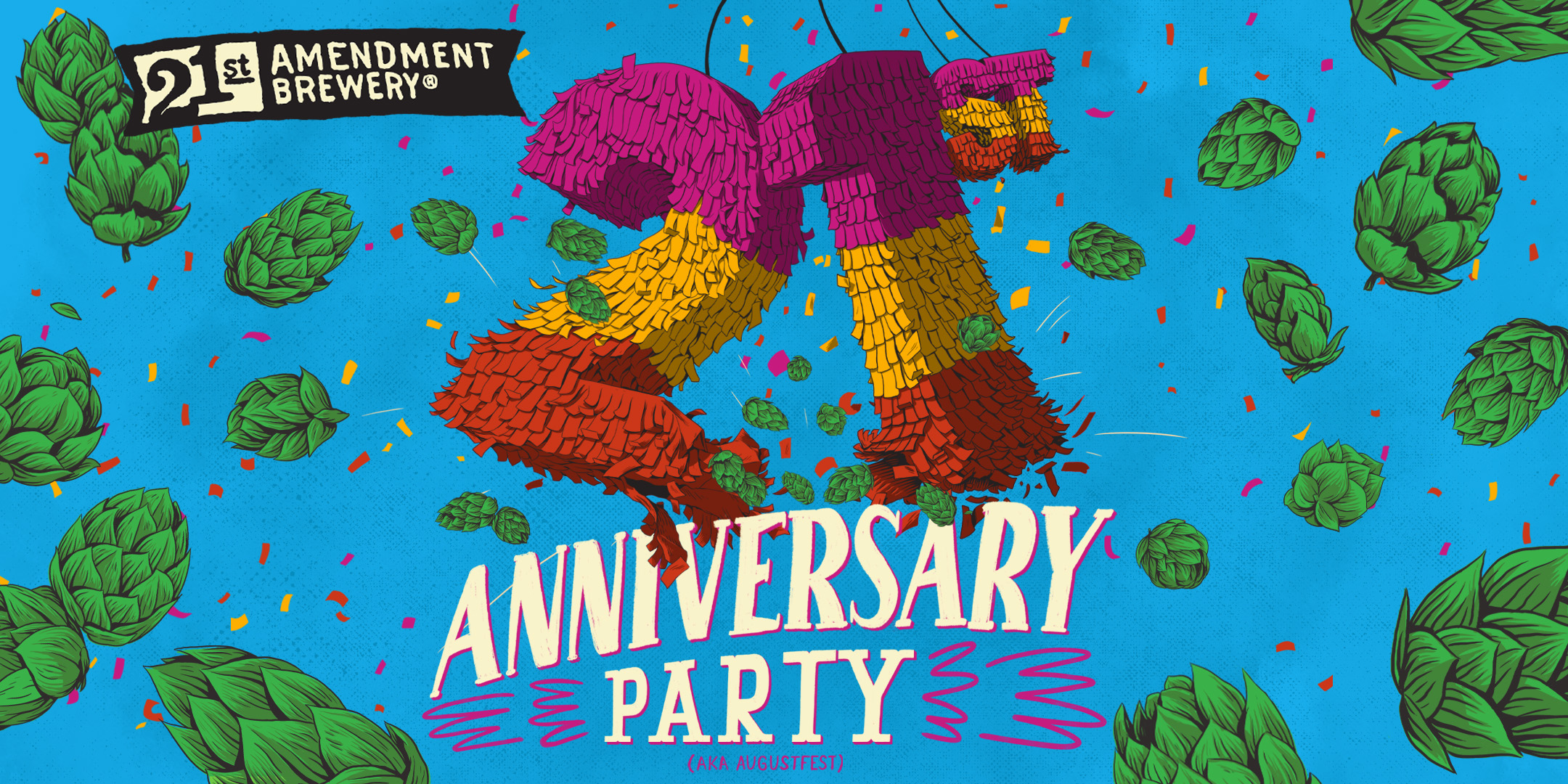 Join us for a celebration of 21 years creating unique and original craft beers in the Bay Area.

August 21st of the 21st year of this century marks our 21st anniversary as the 21st Amendment Brewery!!

Along with our core beers (playing the classics) we will have on several small batch beers from our brewpub and birthday collaborations with some of our closest friends!

Live music from East Bay Mudd (9 piece party machine playing the best of classic soul and r &b) and The Dr. D Band (a tribute to the 70's and 80's)

BBQ - Urban Roots BBQ (making their debut outside of their brewery as our exclusive BBQ vendor!)

FREE ADMISSION! We can't wait to celebrate this milestone with you!